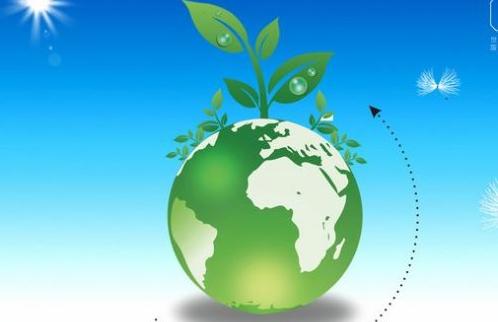 The magic of diasporas

Immigrant networks are a rare bright spark in the world economy. Rich countries should welcome them

THIS is not a good time to be foreign. Anti-immigrant parties are gaining ground in Europe. Britain has been fretting this week over lapses in its border controls. In America Barack Obama has failed to deliver the immigration reform he promised ， and Republican presidential candidates would rather electrify the border fence with Mexico than educate the children of illegal aliens. America educates foreign scientists in its universities and then expels them， a policy the mayor of New York calls "national suicide".

This illiberal turn in attitudes to migration is no surprise. It is the result of cyclical economic gloom combined with a secular rise in pressure on rich countries' borders. But governments now weighing up whether or not to try to slam the door should consider another factor： the growing economic importance of diasporas， and the contribution they can make to a country's economic growth.

Diaspora networks—of Huguenots， Scots， Jews and many others—have always been a potent economic force， but the cheapness and ease of modern travel has made them larger and more numerous than ever before. There are now 215m first-generation migrants around the world： that's 3% of the world's population. If they were a nation， it would be a little larger than Brazil. There are more Chinese people living outside China than there are French people in France. Some 22m Indians are scattered all over the globe. Small concentrations of ethnic and linguistic groups have always been found in surprising places—Lebanese in west Africa， Japanese in Brazil and Welsh in Patagonia， for instance—but they have been joined by newer ones， such as west Africans in southern China.

These networks of kinship and language make it easier to do business across borders. They speed the flow of information： a Chinese trader in Indonesia who spots a gap in the market for cheap umbrellas will alert his cousin in Shenzhen who knows someone who runs an umbrella factory. Kinship ties foster trust， so they can seal the deal and get the umbrellas to Jakarta before the rainy season ends. Trust matters， especially in emerging markets where the rule of law is weak. So does a knowledge of the local culture. That is why so much foreign direct investment in China still passes through the Chinese diaspora. And modern communications make these networks an even more powerful tool of business.

Diasporas also help spread ideas. Many of the emerging world's brightest minds are educated at Western universities. An increasing number go home， taking with them both knowledge and contacts. Indian computer scientists in Bangalore bounce ideas constantly off their Indian friends in Silicon Valley. China's technology industry is dominated by "sea turtles" (Chinese who have lived abroad and returned).

Diasporas spread money， too. Migrants into rich countries not only send cash to their families； they also help companies in their host country operate in their home country. A Harvard Business School study shows that American companies that employ lots of ethnic Chinese people find it much easier to set up in China without a joint venture with a local firm.

Such arguments are unlikely to make much headway against hostility towards immigrants in rich countries. Fury against foreigners is usually based on two (mutually incompatible) notions： that because so many migrants claim welfare they are a drain on the public purse； and that because they are prepared to work harder for less pay they will depress the wages of those at the bottom of the pile.

The first is usually not true (in Britain， for instance， immigrants claim benefits less than indigenous people do)， and the second is hard to establish either way. Some studies do indeed suggest that competition from unskilled immigrants depresses the wages of unskilled locals. But others find this effect to be small or non-existent.

Nor is it possible to establish the impact of migration on overall growth. The sums are simply too difficult. Yet there are good reasons for believing that it is likely to be positive. Migrants tend to be hard-working and innovative. That spurs productivity and company formation. A recent study carried out by Duke University showed that， while immigrants make up an eighth of America's population， they founded a quarter of the country's technology and engineering firms. And， by linking the West with emerging markets， diasporas help rich countries to plug into fast-growing economies.

Rich countries are thus likely to benefit from looser immigration policy； and fears that poor countries will suffer as a result of a "brain drain" are overblown. The prospect of working abroad spurs more people to acquire valuable skills， and not all subsequently emigrate. Skilled migrants send money home， and they often return to set up new businesses. One study found that unless they lose more than 20% of their university graduates， the brain drain makes poor countries richer.

Government as well as business gains from the spread of ideas through diasporas. Foreign-educated Indians， including the prime minister， Manmohan Singh (Oxford and Cambridge) and his sidekick Montek Ahluwalia (Oxford)， played a big role in bringing economic reform to India in the early 1990s. Some 500，000 Chinese people have studied abroad and returned， mostly in the past decade； they dominate the think-tanks that advise the government， and are moving up the ranks of the Communist Party. Cheng Li of the Brookings Institution， an American think-tank， predicts that they will be 15-17% of its Central Committee next year， up from 6% in 2002. Few sea turtles call openly for democracy. But they have seen how it works in practice， and they know that many countries that practise it are richer， cleaner and more stable than China.

As for the old world， its desire to close its borders is understandable but dangerous. Migration brings youth to ageing countries， and allows ideas to circulate in millions of mobile minds. That is good both for those who arrive with suitcases and dreams and for those who should welcome them.