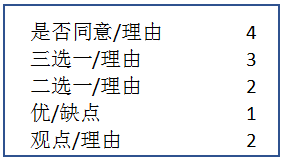 Your university recently obtained a large sum of money from its alumni, which of the following activities do you suggest the university invest into?

For me personally, I would want the university to invest funds on screening movies. That is because we students are under so much pressure almost every day since there are so many projects, assignments and quizzes waiting to be done. It is perfect for us to sit together and watch movies every now and then, it’s all because we can choose whatever the movies we like and have a good time. Furthermore, I think we can make friends during the activity as well. Imagine students from different classes and majors getting all together, it’ll be a chance for me to get to know new people and perhaps make friends who share the same interest as I do. (117 words)

Do you agree that it is easier to be an adult than to be a child?

I absolutely disagree with the idea that being an adult is easier. Ever since I was a child, I’ve been dreaming about growing up and running away from home. Back then I felt tired and bored simply because there were too much school work and not enough play time. What I cared about in those days were friends, relationships and dresses. My parents however, have been working so hard to provide me with delicious meals to eat and roof to stay under for decades. They bear the burden of taking care of the young and old, paying all the bills in the household and putting me through college. (110 words)

If one of your friends is complaining that he couldn’t fall asleep before an important event, what advice would you like to offer to him to help him relax and go to sleep?

My advice for my friend is that he should turn off his cellphone, go to bed early and set up an alarm o’clock to wake him up in the morning. I used to stay up late because I just couldn’t put down the cell phone and put myself to sleep. I couldn’t resist the temptation of playing online games and watching videos. It felt surreal back then, for I got up in the afternoon, all the days seemed wasted all because I couldn’t sleep at night. In the end I turned off any digital gadgets that could lure me and bought me an alarm o’clock, everything went back to normal again. So, if he can do what I did, this issue will be easily solved. (125 words)

Do you agree or disagree with the following statement? Employees shouldn’t send personal texts or emails during work hours. Explain why.

I agree with the idea that employees shouldn’t send personal texts or emails during work hours. Sending text messages or emails is okay by itself, but it should be work-related. I mean, work efficiency would be seriously decreased if everyone in the office is minding his own business. What would the supervisor think if she walks in and discovers that someone is sending selfies to friends? Another reason is that one can easily send wrong or inappropriate messages or emails to the wrong person. What if you accidentally send confidential files of your company to your friend? This could create serious disaster. (102 words)

Describe the disadvantages of moving to a new place.

I always moved from here and there for the past few years. One huge downside of this is that I always felt insecure. Meaning everything was new and I had to leave whoever I was close to. I had no friends when I first moved to Richmond hill city, I had no one to talk to, I didn’t know the language, my neighbors were never home. That’s the reason why I had nerves break down each time I moved. Moving itself is exhausting enough as well. All the packing and unpacking just drives people mad. Sorting out clothes and documents doesn’t sound fun at all. (105 words)

Do you agree or disagree that parents should encourage kids to start watching/reading news at an early age?

It depends. I think children shouldn’t start watching political news at an early age. The world is filthy enough with all the guns, drugs, cartels and monetary trade going behind people’s back. Middle East crisis, South Asian disputes, misleading broadcasts about China, ugliness in reality should stay away from innocent souls as much as possible. Young kids, under the age of 12, I mean, deserve every right to enjoy their little world, to have fun, to play Lego with their playmates. There is no need for us adults to drag them into the darker side of the world. (98 words)

If your friend wants to buy a car to drive to school instead of riding a bicycle, meanwhile he needs to do a part-time job to support the expense. Do you agree or disagree?

I agree with my friend’s decision if that’s what she wants. Take me as an example, I live far away from campus. Winter is always freezing which means that there is no way for me to ride bicycle in snow storm during the season. I’d kill to get a car under such circumstance. Besides, I worked as a cashier in a Thai restaurant before and it wasn’t so bad. It was pretty tiring, but the silver lining was that I got to know that life’s hard and one has to earn for things they want. I also made friends at the restaurant as well, because there were many Chinese girls there and we had a lot of fun. (118 words)

Your university decides to allow local community members to attend classes on campus for free, however they will not take exams or receive any grades. What is your opinion on this? Explain it in detail.

I definitely agree with the university’s decision to allow local communities to listen in the campus under certain rules and conditions. This new policy can help raise local community’s average educational level. Some people wanted to receive higher education but couldn’t afford to go to college. They now have the chance to sit with college students and study whatever courses they like for free. Some of them might have a different or even better career in the future as college graduates. Besides, they can’t ask questions and don’t have assignments, which basically means that they have few interactions with professors, officially registered students won’t be bothered or interrupted by them during class. (112 words)

Freshmen often find it hard to adapt to the university life, thus your university has adopted one program to help freshmen adjust to the life in your university, which of the following program do you think is the most suitable one? Give your explanation in your response.

2.  Arrange a sophomore as a partner

An information center would be great if there is any. Fresh year students will have a lot of question marks in their head. Having an integrated information center can help students get aid in a most effective way. For example, if someone has no idea about how to enroll in a course, or how to apply for student loan, an info desk is the way to go. Having a sophomore is wonderful of course, but answers from info desk is much more accurate and of authority. It’s time saving for students as well, since having an orientation project for 4 weeks simply takes too much time, student shall prepare for studies and exams. (113 words)

Three months later you will be graduating from your university and you are looking for a job. It happens the other day you got a job offer from one of your desired companies, however, the headquarter of this company is far from your dormitory. As for this condition, you are offered two choices on the interviewing; one is the telephone interview and the other is the face-to-face interview which entails a long journey to that company. Which choice would you prefer? Give specific explanation in your response.

I personally would choose to have a face to face interview for several reasons. Through face to face communication, I am able to capture the interviewer’s tiniest facial expressions and gestures, thus making me have a brief idea about how this interview is going. Another reason is that some companies offer free round-trip flight tickets and hotel stays for interviewees. Although the place where I’m going to is far away, I don’t really need to worry about booking flights or hotel, which is nice. I had an interview in another city as well in the past, all I had to do was to be there on time, the rest were taken care of by the organization I was applying for. (120 words)

Which one of the following choices do you consider the most important when it comes to renting apartment?

Living far away from supermarket is really a bummer for me. I am a college student who has to spend most of the time studying and preparing for tests, which basically means that I shouldn’t really waste time on travelling between spaces. Besides, I am crazing about hoarding stuff, buying a lot at one time is always how I usually shop in the mall. Snacks, vegetables and meat, necessities such as wet wipes and kitchen towels are all on my shopping list. I can almost live with anyone as long as he or she is sane, and I don’t have that much luggage, so a smaller space of living seems less important. (112 words)

Community wants to help elderlies feel more comfortable with computers. Which one do you think is better? Give lectures to all elder people together or recruit students to give tutoring session to each person at home?

I think having all elders sitting together in a classroom is a much better choice. Firstly, not all people have computers in their homes. Take my family as an example, my grandparents’ house doesn’t even have internet connection, let alone a computer.

If students visit their homes one by one, the elderlies might even have to purchase new computers. Moreover, people will always have the feeling of loneliness as time flies. This feeling is much stronger for older generations, you know, since they are probably retired, and kids are not around. It’s kind of an emotional reconciliation for them to study together and kill time. (105 words)