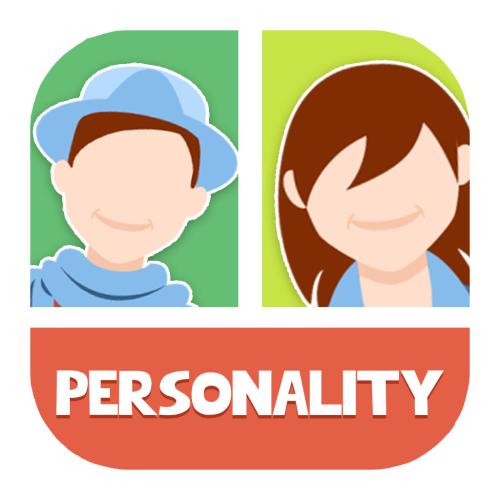 Every one has a different personality. I have an optimistic personality and I always do everything happily.

But not every one finds this easy. When I meet people like this, I usually advise them to see the school councilor. There are reasons why everyone‘s personality is so different.

If your parents love you and care about you, then your personality will be healthy you can try and help them or tell them to seek help from a councilor.

When we talk about those famous people, we all like to know how they succeed.Meanwhile we all admire their personal special virtues which lead them totriumph. And it is obvious that many successful people have some personalitycharacteristics in common. As far as I concerned, I deem that persistence,prudence, confidence and courage are the most important.

Firstly,I think persistence should come first before the other three personalitycharacters. As we all know that a person cannot always successfully reach hisaim at his first try, there are many barriers waiting for him. Therefore theperson will fail many times before he gets his victory. If he doesn't persistin trying again and again and make a breakthrough, thus he will stay still, noprogress. He may not move forward or even regress. A person without thepersonal character of persistence can’t finally succeed in getting his goal.

Secondly,a man who wants to be successful should also own the characteristic ofprudence. The inventor of the electric bulb gives a good example for explainingthat. It is said that the inventor tried to use thousands kinds of metal tomake electric bulb filament in order to find the most suitable metal which canlet the lamp light longer and brighter. I suppose that without the veryprudential work, the inventor could not triumph in the end. A self- made manshould do his jobs with prudence, sometimes even should be careful doing a verytrivial thing. Like when those scientists or mathematicians are dealing with acomplex matter, if they make a small mistake, the efforts which they madebefore will be in vain. Accordingly, cautiousness is necessary.

Inaddition, the self- made men all are self-confident and courageous. As thesaying goes, “fortune never helps the man whose courage has failed.” Supposedthat a soldier loses his confidence and gallantry to fight when he is in thefield of the battle, I am sure that he does not have the fortune to survivesuccessfully. Therefore people who want to achieve their goals in their workall should be self-confident and courageous.

Ina word, my view regarding those famous people’s success is that they persist inworking hard, do their jobs with prudence, are confident in themselves and havecourage to overcome any kinds of difficulties; it is the reason that they canmake themselves into a celebrity and admired by others.

Aswe all known, the man who wants to be success should have a good disposition. Asthe saying goes, “disposition decide to everything.” I remember a famous motto:there are no two identical people in the world, but the success people aresimilar in many ways. Exactly, good disposition is the foundation of success. Frommy point of view, I deemed it success should also rely on these factors: diligent,confident, humor. It can help us to open the door of success.

Thereis no denying that diligent is the first step to the success. As the proverbsays, no pains, no gains. Absolutely, guess that a person without diligent, howcan he get achievements. Many successful people have become famous in the worldby their diligent. Therefore we should take diligence as a good habit ratherthan lazy at every time.

Edisonsaid “confident is the mother of the success. There is no doubt that confidenceis important to our daily life .If someone without confident, he will never succeedin the end of his life. If someone trusted himself, he would gained more chanceto succeed. How could you get other’s trust if you didn't trust yourself?

Inaddition, humor plays an important role in our life. It’s obvious that a senseof humor can bring happiness to others and get involved to a group easily. Justlike my friend who is an energetic and lovely boy. The boss and staff like himvery much. Boss thinks highly of him in the company. Sometimes, we should learnto how express humorously. A sense of humor can create unexpected result.

Thereare no two identical people exist in the world, but most successful people aresimilar in many ways. Good character is the foundation of success. Most ofsuccessful people are modest, diligent and creative etc. In my opinion, beingconfident, honest, and persevere are the three important keys to the door ofsuccess.

Thereis an old saying that confident is the first step to succeed. Suppose that aperson is not confident, how he gets trust from others. A singer singing in thestage without nervous means he is confident. Public speakers express theiropinions to others without tension which also means he is confident. Confidenceoffers people courage to overcome difficulties, what’s more, if people believethemselves, they may meet more opportunities that they had never thought about.

Thesecond key helps people succeed is honesty. There is no denying that most of friendshipsare based on honesty and most of businesses are based on friendship. Honestpeople are easy to get others’ respect and people often prefer to cooperatewith the honest ones rather than liars. It’s obvious that no one could toleratea friend always tell lies. China have a famous story which is about a shepherdboy who wants to play farmers and lie to them a wolf is coming. After he liesto them twice, a wolf is really appears, when he asks them for help, no onebelieve him anymore.

Beside what I talk about above, I consider that perseverance is an essentialpersonality to people who want to succeed. Everyone will meet problems, but noteveryone could insist. In fact, perseverance is another attitude which belongsto optimistic. A famous saying is that difficulty is like a spring which weakensin face of a strong-willed but strengthens in face of a faint-hearted. When people run into problems, as long asthey persevere, they will be closed to success.